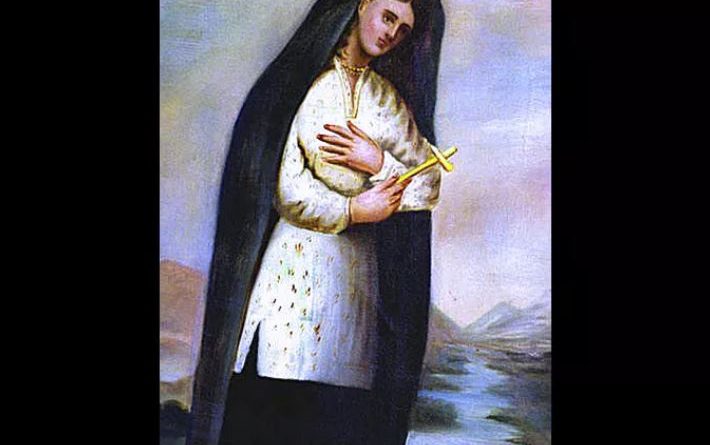 St. Kateri is the patron of Native Americans and people in exile, as well as patron of ecology and the environment. Her feast day is July 14.

When I was in elementary school, my parents splurged on a membership to the Catholic Youth Book Club. I was an avid reader, and we lived quite a distance from the library — so each month I’d thrill to tear open the box which arrived in our mailbox, and to reveal the new hardcover biography of one of the saints. I collected the books on a shelf beside my bed, and I read them over and over: adventures of great missionaries, heroic martyrs, and noble young women.

One of my favorites was Kateri Tekakwitha: Lily of the Mohawks. Around the same time, my grandparents gave me an Indian doll with tiny beaded necklace, and I named the doll “Kateri” — which was, after all, a derivative of my own name, so I felt a special kinship toward her.

Reading about Kateri’s life, I learned bravery and fidelity. She had been raised by her uncle after her parents and brother died of smallpox, and she converted to Christianity despite the disapproval of her family. She was chastised by her kinfolk for her religious zeal, and she added mortifications of her own to increase her sanctity. Kateri often slept upon thorns or walked on hot coals, and she offered her pains in union with the suffering of the crucified Christ.

When her Mohawk kin threatened her life, Kateri fled to an established community of Native American Christians in Quebec. There she lived a life of prayer, penance, and care of the sick and aged. She took a vow of chastity, and she died at the young age of 24. Her last words were “Jesus, I love you.”

Father Pierre Cholenec, a French Jesuit missionary who witnessed Kateri’s death, wrote about what he saw there. At the time of her death, he said, Kateri’s face — which had been disfigured and swarthy due to smallpox — suddenly changed about 15 minutes after her death,

“…and in an instant became so beautiful and so fair that just as soon as I saw it (I was praying by her side) I let out a yell, I was so astonished, and I sent for the priest who was working at the repository for the Holy Thursday service. At the news of this prodigy, he came running along with some people who were with him. We then had the time to contemplate this marvel right up to the time of her burial.

“Two Frenchmen from La Prairie de la Magdeleine came to the Sault on Thursday to be present at the service. They were passing by Catherine’s cabin where, seing a woman lying on her mat and with such a beautiful and radiant face, they said to each other, ‘Look at this young woman sleeping so peacefully’ and kept going. But, learning the next minute that it was a dead body, and that of Catherine, they returned to the cabin and went down on their knees to recommend themselves to her prayers. After having satisfied their devotion for having seen such a wonderful scene, they wished to show their veneration for the dead girl by constructing then and there a coffin to hold such cherished remains.”

Kateri Tekakwitha was beatified June 22, 1980, by Pope John Paul II, and canonized Oct. 12, 2012, by Pope Benedict XVI. She is the patron of Native Americans and people in exile, as well as patron of ecology and the environment. Her feast day is July 14. 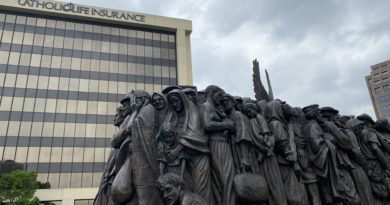 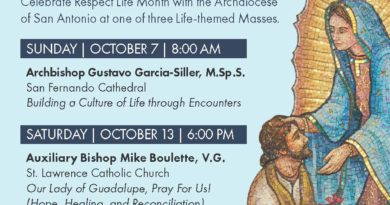 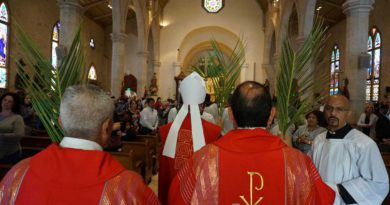