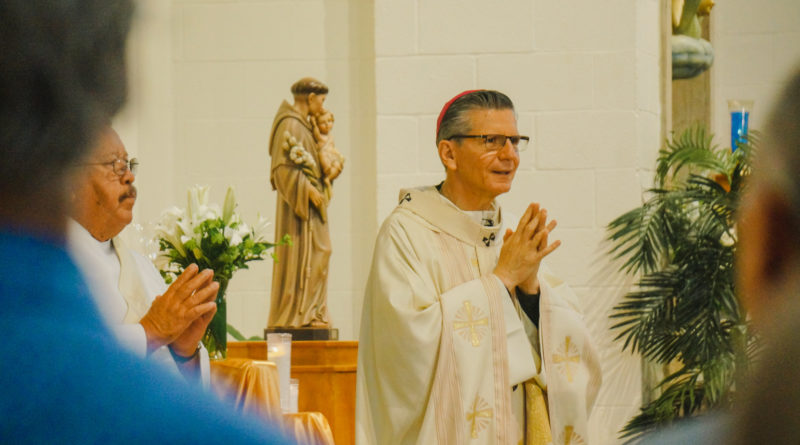 The solemnity of St. Anthony of Padua was celebrated at St. Anthony de Padua Church in San Antonio by Archbishop Gustavo Garcia-Siller, MSpS, on June 13, with the archbishop sharing how Anthony’s courage was above and beyond human strength.

Saints are always admired, but not often understood and rarely imitated. Such is the case of San Antonio’s patron, St. Anthony of Padua.

St. Anthony of Padua was born in Lisbon, Portugal in 1195. He joined the Augustinian order when he was 16. In 1220, he witnessed the courage of five Franciscan friars who were on their way to Morocco, where they were martyred. He was so impressed by their love of the Lord that he became a follower of St. Francis of Assisi.

Like St. Francis, St. Anthony was loved by the common people. He was famous for his preaching, especially to those who had lost their faith. He had hoped to become a missionary, but poor health prevented him from accomplishing this dream. He died in 1231 at the age of 36.

Archbishop Gustavo explained that St. Anthony of Padua was a brilliant theologian and preacher, but his zeal burnt him from within and he wanted to be a witness. He wanted to be sent to Morocco, to die as a martyr, and that was his condition to join the Franciscan order. “But after he had made his vow of obedience and was sent to Padua, he understood that it was the voice of the Holy Spirit speaking through his superiors, and he followed unhesitatingly. When no one wanted to listen to him, he went on to preach to the fish,” he added. “In contemplation he asked Our Lady for permission to carry her Baby for a little while. She said not for a little while, but forever, and now we see him depicted carrying Baby Jesus.”

The archbishop shared that the saint’s most eloquent sign of anointment was the gift of piety, which led him to exude a contagious love for God and neighbor.

Archbishop Gustavo emphasized that they founders of this town could have named it after the appearance of the landscape, or something related to themselves. But the first ones to arrive celebrated a Mass and named the river after the saint of the day, St. Anthony of Padua. “The ones who finally established the first mission felt a connection to a spiritual seed planted decades earlier, and decided to honor the heritage of those who came before and of that great saint from their own religious order,” he continued.

Pope Francis has reminded us that “everything ‘depends not on human will or exertion, but on God who shows mercy’ (Romans 9:16) and that ‘he first loved us’ (1 John 4:19).”

The Missionary of the Holy Spirit concluded his homily by praying to the Blessed Mother of Guadalupe to help us follow in the footsteps of St. Anthony and the missionaries who founded the archdiocese. “Help us believe with all our heart that the kingdom of God is truly at hand,” he said. “Make us a faithful anointed people, imitators of your Son, Jesus, the Christ.”

St. Anthony de Padua Church can trace its beginnings to 1925, when a young priest named Peter Baque had a vision of the city of San Antonio. He dreamed of building a missionary church named in honor of its patron saint and committed to serving the residents of Cementville, a primarily low income Hispanic community comprised of families of laborers employed at nearby San Antonio Portland Cement Company.

Through the commitment of its residents and many supporters, Father Baque’s dream became a reality in 1927. The small and unassuming chapel became Cementville’s religious center, the heart and soul of the community’s social life, and a compelling voice for its concerns. Father Baque provided spiritual guidance as well as leadership for Cementville workers.

Over the years, the congregation grew in number and pilgrims traveled to worship at the site. The Shrine of St. Anthony became a cornerstone of a multi-cultural community of diverse economic classes but never wavered from its commitment to serve those in need.

To accommodate the growing needs of the parish, a new Shrine of St. Anthony was dedicated in 1957. Designed in the distinctive architectural style of the Alamo, this building replaced the original chapel and carries the designation of the National Shrine of St. Anthony de Padua. Before the altar stands permanently enthroned a first class relic of the saint for public veneration. 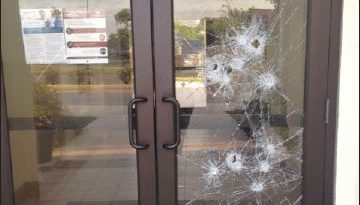 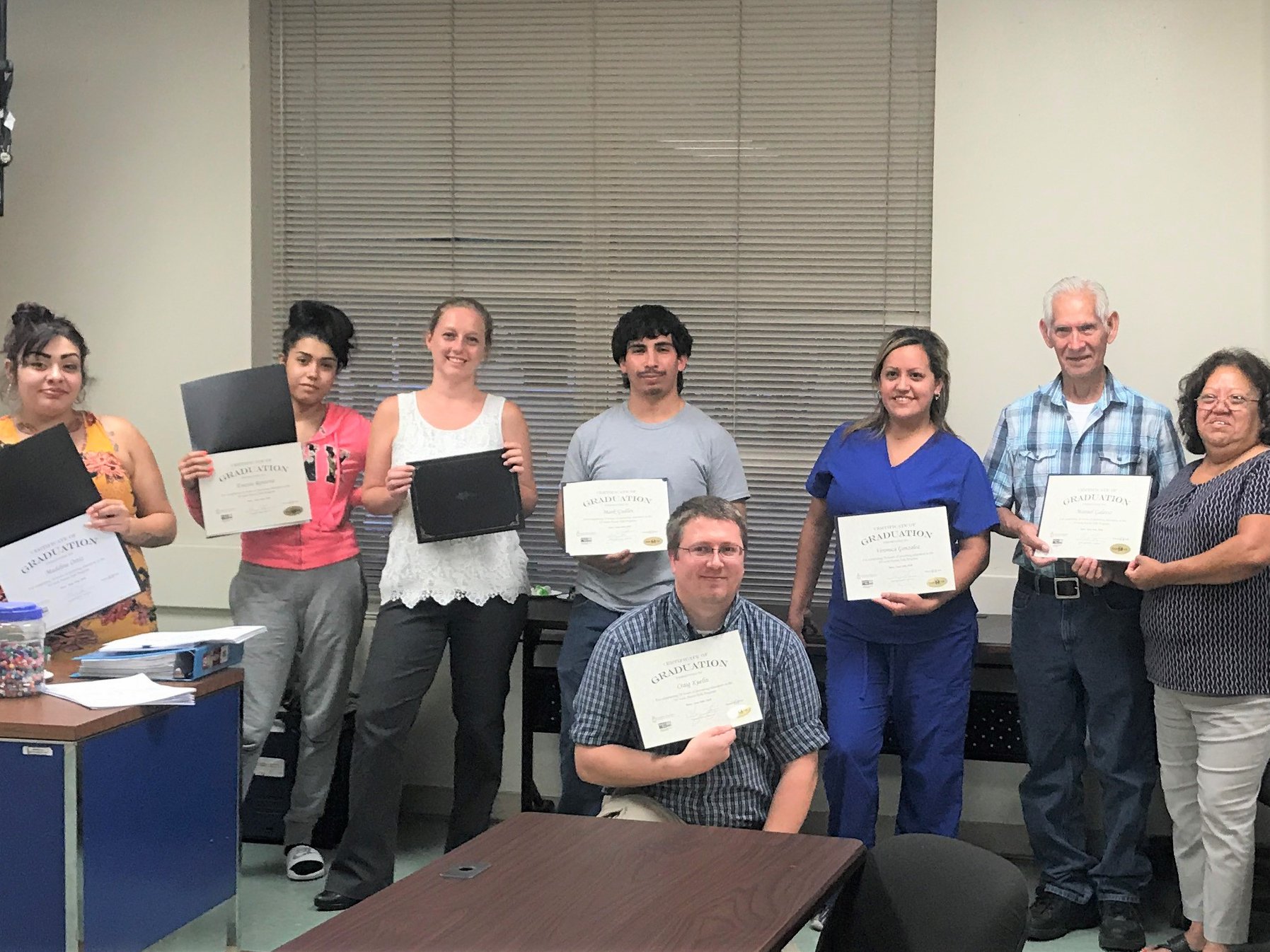 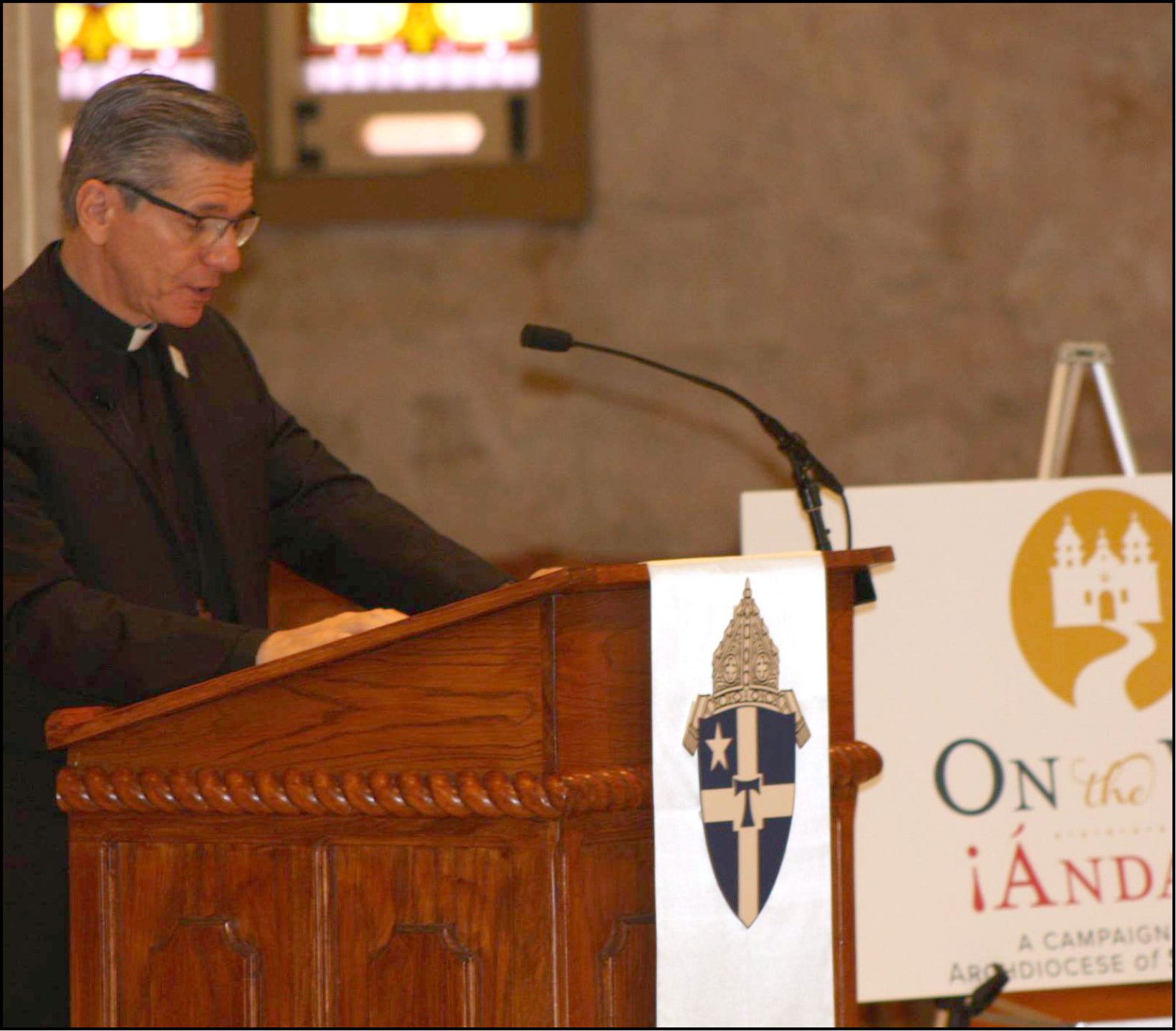