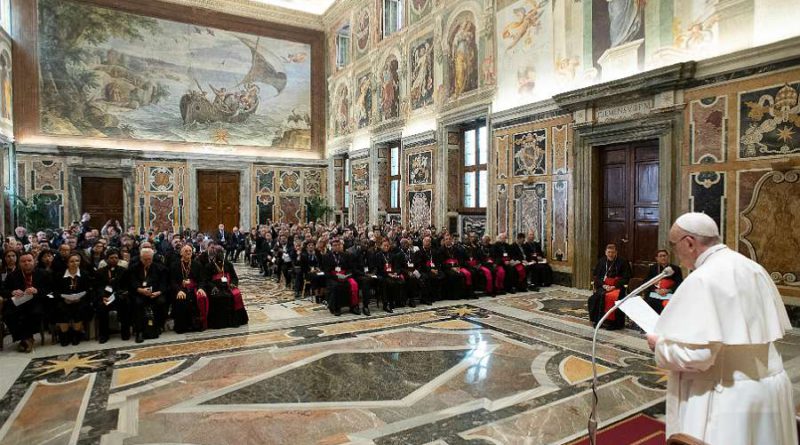 VATICAN CITY (CNA) – Pope Francis emphasized recently the importance of the Bible in the life of the Church, echoing Benedict XVI’s call for “a new season of greater love for Sacred Scripture.”

“It is important to remember that the Holy Spirit, the Life-Giver, loves to work through Scripture. The Word brings the breath of God into the world, infuses the warmth of the Lord in the heart,” Pope Francis said April 26.

“The word of God is alive: it does not die nor does it age, it remains forever,” he said. “It is alive and it gives life.”

The pope met with the participants in international congress promoted by the Catholic Biblical Federation in the Vatican’s Apostolic Palace on the 50th anniversary of the organization’s founding. The April 24-26 congress discussed “the Biblical inspiration of the whole pastoral life and mission of the Church.”

Pope Francis said “it would be nice to see ‘a new season of greater love for sacred Scripture on the part of every member of the People of God, so that … their personal relationship with Jesus may be deepened,’” quoting Benedict’s 2010 apostolic exhortation Verbum Domini.

The pope called for the “Word of God to become the heart of every ecclesial activity; the beating heart, which vitalizes the limbs of the Body.”

“The Word gives life to each believer by teaching them to renounce themselves in order to announce Him,” he said.

The Bible is “constantly calling us to come out of ourselves” he explained, adding that Word of God helps people to be less self-centered.

“The Word leads to Easter living: as a seed that dying gives life, like grapes that give wine through the press, like olives that give oil after passing through the mill. Thus, provoking radical gifts of life, the Word vivifies,” Francis said.

The pope said that the Bible should not remain in the library, but should be brought into the streets of the world where people live.

“The Bible is not a beautiful collection of sacred books to study, it is the Word of Life to sow,” he said.

“I wish you to be good bearers of the Word, with the same enthusiasm that we read in the Easter stories, where everyone runs,” Pope Francis said. “They run to meet and announce the living Word.” 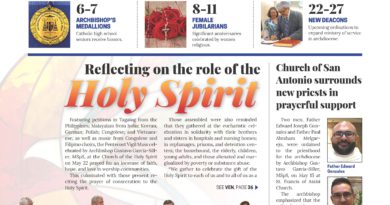 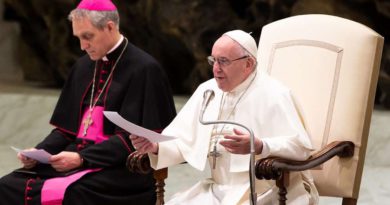