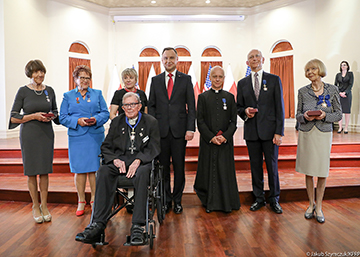 “As Mary, when asked to be the Mother of God’s Son said ‘yes,’ so I have said ‘yes’ to be auxiliary bishop of San Antonio.”

With these words and an expressed sense of profound humility, Msgr. John W. Yanta, pastor of St. James the Apostle Church in San Antonio accepted his new appointment at a press conference in the chancery on October 27, 1994.

“I am greatly honored by the confidence His Holiness, Pope John Paul II, has placed in me,” he said.

The bishop-elect will be consecrated in a ceremony to be held on Friday, Dec. 30, in Panna Maria, the oldest Polish settlement in the United States.

“Divine Providence has united Archbishop Patrick Flores and myself in a variety of ways for many years,” he said. “To you, archbishop, I pledge my love, loyalty, and obedience to serve you and all the members of our beautiful archdiocesan family.”

Bishop-elect Yanta said he considers his mother his greatest gift. She was present with other family members when the official announcement was made. Bishop-elect Yanta described her as “94 years young!” She was also the first person he phoned early that morning with news of his appointment.

The young John Yanta attended public school in Runge until the seventh grade. Two years at Central Catholic and a year at Maryhurst, Kirkwood, Mo., preceded his entry to St. John’s Seminary in San Antonio. His theology courses were at Assumption. He was ordained to the priesthood by Archbishop Robert E. Lucey on March 17, 1956, in San Fernando Cathedral.

He was the founder of the San Antonio Neighborhood Youth Organization (SANYO) in 1965 and served as its executive director until 1971 when he was assigned to the archdiocesan Office for the Laity. In 1973 he was named pastor of Sacred Heart Parish in San Antonio. In addition, he was named editor-in-chief of Today’s Catholic, a position he held until 1983. In 1981 he became archdiocesan director of Communications.

The bishop-elect described himself as “happily fulfilled in all my priestly assignments over these 38 years.”

He especially paid tribute to his two pastorates, Sacred Heart Parish in the city’s westwide and his present parish, St. James the Apostle on the Southside, where he has served for the past 11 years.

“Now I challenge myself and promise to have the same love for all the beautiful parishes and missions of the archdiocese. Therefore,” he stressed, “I ask for and need your prayers more than ever.”

In concluding the press conference, Archbishop Flores remarked with enthusiasm, “I hope Bishop-elect Yanta will be around to help me for the next 50 years!” His words were a reminder that San Antonio has been waiting for a new bishop for a long time. The last two auxiliaries appointed to the San Antonio Archdiocese, Bishop Edmond Carmody and Bishop Joseph Galanta, were transferred to Tyler and Beaumont, respectively, in a remarkably short time following their appointments to San Antonio. 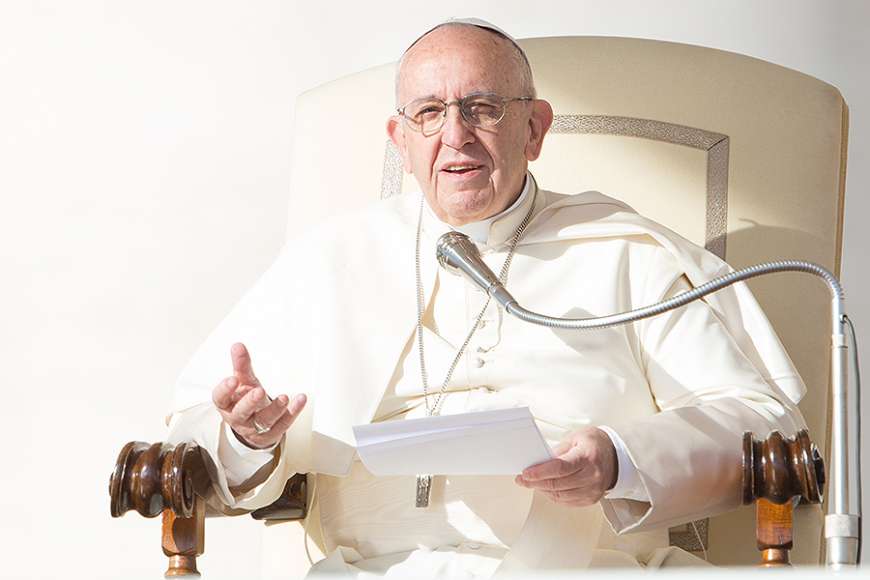 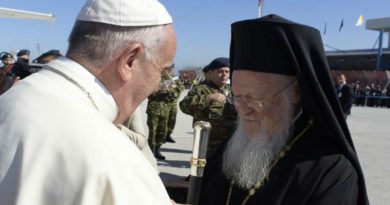