For three-and-a-half decades, Catholic Television of San Antonio has been dedicated to providing hundreds of thousands of viewers with quality, values-oriented Catholic programming.
For about half that time — 17 years — the station has hosted its annual Catholic Television of San Antonio Leadership Luncheon to recognize those who proclaim the story of a loving God, revealed in Jesus Christ and living in a believing community. This year’s event honored Father Eric Ritter and Martha Tijerina at a gathering Feb. 20 at the Whitley Theological Center at Oblate School of Theology.

Father Ritter received the St. John Vianney Award presented by Catholic Life Insurance and its President/CEO Michael Belz, while Tijerina was given the CTSA Leadership Award.
Father Ritter was honored for his willingness to share his time and talent for more than a decade to the mission of Catholic broadcasting. He served as a regular celebrant for the televised liturgy held in the St. Joseph Chapel in the archdiocesan Pastoral Center, and while pastor at Our Lady of Perpetual Help Church in Selma, included students from his parish school in various roles at the Mass. Also, in his “Gospel Outlook” segments, in addition to “breaking open” the Scriptures, Father Ritter focused on the human side of many social and cultural issues facing society, creating segments that were original and innovative.

Father Ritter was ordained a priest on May 24, 2003. His first assignment was at St. Leo Church in San Antonio, and his next assignment was at St. Luke Church, both as parochial vicar. He then became pastor of Sacred Heart and St. James churches of Gonzales and of St. Patrick Church in Waelder. This was followed by a pastorate at St. Dominic Church in San Antonio, where he oversaw construction of a new sanctuary and other buildings prior to his assignment in Selma.

For two decades, Tijerina has hosted “The Martha Tijerina Show” on CTSA. She is a pioneer in the media profession and the first female reporter/anchor in Spanish-language television in the United States. During her television career she interviewed presidents from the United States and Mexico, as well as Pope Paul VI. Through the years Tijerina has been honored by countless organizations for her impact on the community.

The CTSA Leadership in Communication Award recognizes the honoree’s vision and understanding of the importance media plays in the life of culture, and how the responsible use of its can make a positive difference.

In his keynote comments, Archbishop Gustavo García-Siller, MSpS, summarized Pope Francis’ message for World Communications Day 2018, in which the pontiff decries the increased spreading of disinformation, or what can be called “fake news,” that serves to advance specific goals, influence political decisions, or serve certain economic interests. It is meant to deceive and manipulate the viewer, he said.

“This type of message is effective because it can mimic the truth; it can seem plausible,” says the pope. Archbishop Gustavo explained that this disinformation thrives where there is a dearth of “good” news. The Holy Father also states that informing others means forming others; it means being in touch with people’s lives, promoting goodness, generating trust, and opening the way to communion and peace. He says, “We can recognize the truth from its fruits; whether it provokes quarrels, foments division, encourages resignation; or, on the other hand, promotes informed and mature reflection leading to constructive dialogue and fruitful results.”

“That makes the mission of Catholic Television of San Antonio, whose slogan is, ‘Television that Inspires,’ more important than ever,” the archbishop added.

At the founding of CTSA in 1980, Archbishop Patrick Flores prophetically reminded his brother priests, “We are entering an age when the media will become increasingly important to all our people,” and with the voice of a prophet he warned, “If the church ignores this reality, we will suffer. We must make every effort to proclaim the Gospel message through all available means and resources.”

“The visionaries who helped guide our way — Msgr. Lawrence Stuebben, Father Virgil Elizondo, Deacon Pat Rodgers, and Bishop John Yanta had the zeal of the apostles in producing programming that told stories of the faith, provided access to the teachings of the church, and most importantly, brought the daily Mass into the homes of hundreds of thousands of viewers,” emphasized Archbishop Gustavo.

Deacon Rodgers frequently called CTSA the archdiocese’s “electronic parish;” a place where people can connect with Christ and the larger church. “This is especially true these days,” the archbishop continued.

In December, Catholic Television of San Antonio’s original production of “The Sounds of Christmas” concert from Our Lady of the Lake University aired nationally. Catholic TV Network, the station’s national broadcast partner, can be seen in more than 13 million households.

In addition, Telecare Network from New York picked up “Sounds of Christmas,” which was also seen in New York, New Jersey, and Connecticut.

In a recent development, NET TV, also from New York, will be airing on their network this year Catholic Television of San Antonio’s production of “Theology on Tap.”

The archbishop exclaimed, “As you can see, Catholic Television of San Antonio is making a footprint on the national level.”

In August, CTSA launched “SA News” — its 15-minute local news segment — and has tackled subjects such as the Johnson Amendment, interviewing former White House chief of staff Dennis McDonough. CTSA was also invited — with other national networks — to cover the Sutherland Springs tragedy.

Elsewhere, the station talked with legendary broadcaster Ted Koppel to discuss his interfaith marriage with his Catholic wife of over 40 years; as well as interviewing famed actress and dancer Rita Moreno on her life and career.

Through the efforts of Father Tom Rosica, CSB, and Auxiliary Bishop Michael Boulette, CTSA has also acquired new programming from the Salt and Light Network in Canada, which will be airing shortly.

This is in addition to several other shows the station has obtained from Telecare and NET TV that will be premiering this spring. 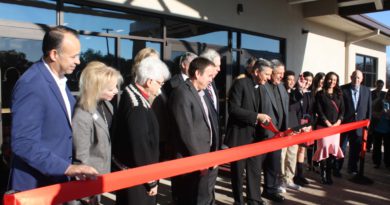 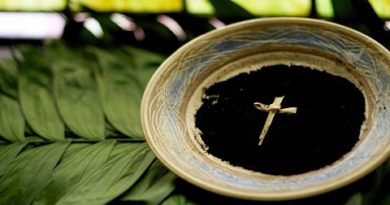 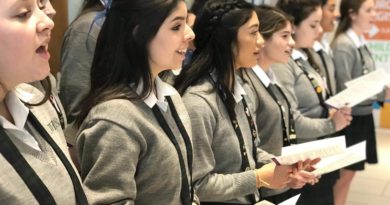