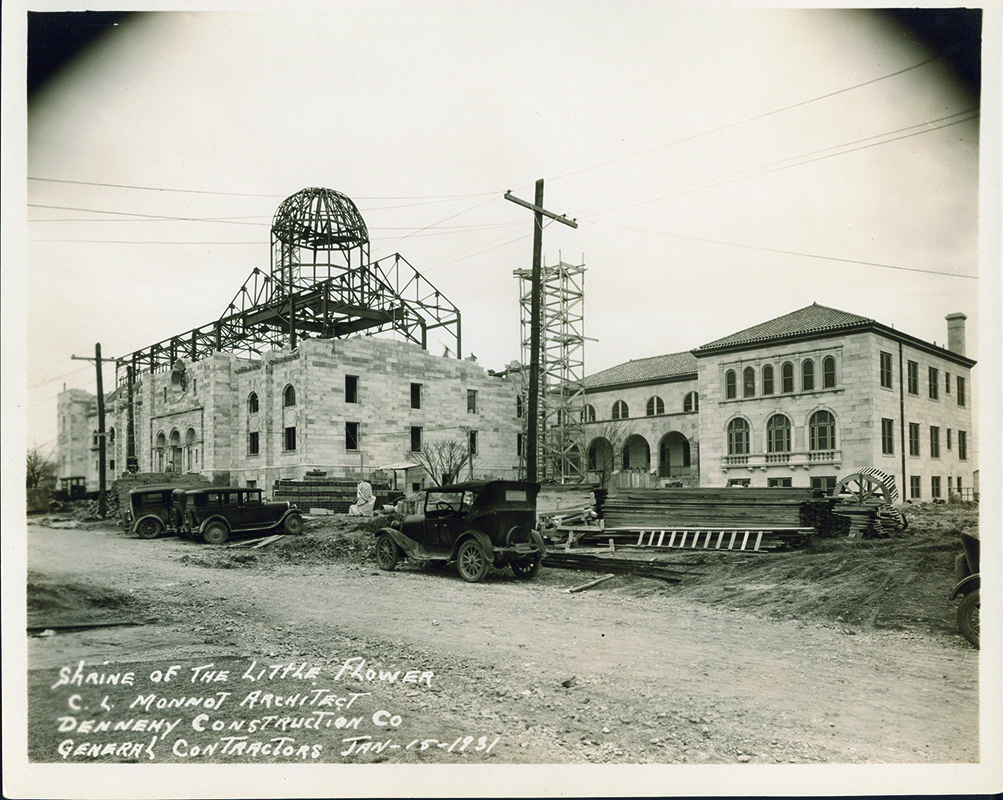 This year marks the 20th anniversary of the Basilica of the National Shrine of the Little Flower for both its elevation to the status of Minor Basilica within the Catholic Church and its placement on the National Register of Historic Places. In 2000, Archbishop Patrick Flores named the Basilica the Millennial Church for the Archdiocese of San Antonio. The City of San Antonio designates the church as a landmark of “exceptional historic significance.” The Basilica attracts pilgrims from all over the United States and throughout the world.

The Basilica is one of only 86 in the United States and one of only four in the state of Texas bearing the papal designation of “Minor Basilica” (all basilicas outside of Rome are “Minor”). Known as centers of spiritual and apostolic activity for the Catholic faithful, basilicas are active centers of the pastoral liturgy that are of historic, architectural, and artistic significance.

Dedicated to St. Thérèse of Lisieux, the “Little Flower,” the Basilica began as Our Lady of Mount Carmel and St. Thérèse Church. It was built by Spanish Discalced Carmelite friars to promote devotion to St. Thérèse following her 1925 canonization, during the Great Depression (1929–1931). The friars had been driven from Mexico during the revolution in 1914 and had originally settled in Oklahoma to serve the Mexican community. A delegation of that group migrated to San Antonio in 1926.

Today, the Discalced Carmelites of San Antonio are a community of six friars. They are one of five communities within the San Antonio-based Province of St. Thérèse. The friars promote the spirituality of St. Thérèse and other Carmelite saints through their work at the Shrine. They also oversee Little Flower School (pre-K through eighth grade) and produce a quarterly magazine, The Apostolate of the Little Flower.

The mission of the province is to follow the vowed life as lived by the order’s founders: saints and Doctors of the Church Teresa of Avila and John of the Cross. The friars’ work includes spiritual retreats, conferences, and writings. They serve as chaplains and spiritual directors to numerous religious groups and the public. Through programs at Mount Carmel Retreat Center in Dallas, the friars serve nearly 10,000 individuals annually.

A major capital campaign is in the works for the Basilica, which stands today as a monument to the great faith of devotees of St. Thérèse. With its iconic golden domes visible to the west from I-10 at Culebra, the Basilica is a treasury of art, master craftsmanship, and relics. Its numerous stained glass windows, installed beginning in the 1930s, tell the stories of the lives of Carmelite saints. The Basilica’s tomb chapel is a replica of that in Lisieux, France, and is home to three first-class relics of the Little Flower, and a first-class relic of the saint’s parents, St. Louis and St. Zelie Martin.

A treasured work of art on display at the basilica is a painting of St. Thérèse that was designed and retouched by the saint’s blood sister, Céline Martin, also a Discalced Carmelite nun. This seven-by-ten-foot oil painting was produced for canonization events for Thérèse. It was a gift from the Carmelite nuns of Lisieux to the San Antonio friars in 1927.

The Basilica is also a premium venue for musical performances, hosting numerous local groups for classical and sacred music and dance. 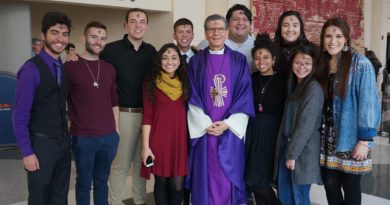 We are dust, and we look forward to the new life that God has prepared for us, archbishop tells UTSA students on Ash Wednesday 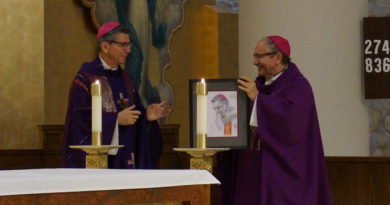