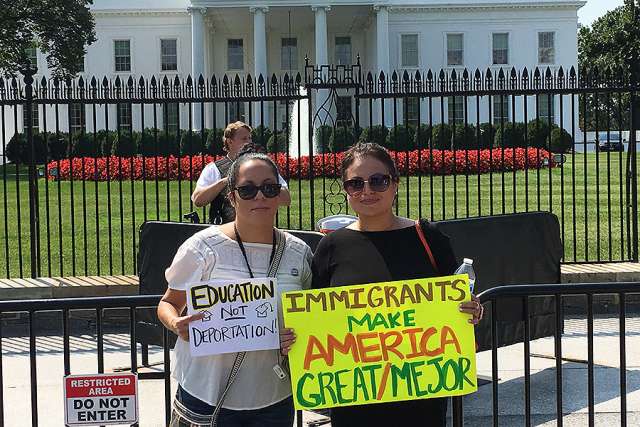 “The cancellation of the DACA program is reprehensible,” leading U.S. bishops said in a joint statement released Sept. 5.

Cardinal Daniel DiNardo of Galveston-Houston, president of the U.S. bishops’ conference, as well as vice president Archbishop Jose Gomez of Los Angeles, migration committee chair Bishop Joe Vasquez of Austin, and Bishop Joseph Tyson of Yakima, chair of the subcommittee on pastoral care of migrants, refugees, and travelers, all contributed to the statement on the Trump administration’s ending of the Deferred Action for Childhood Arrivals program.

Young immigrants eligible for DACA have worked in the U.S., served in the U.S. military, and attended U.S. educational institutions, the bishops said, yet now “after months of anxiety and fear about their futures, these brave young people face deportation.”

Attorney General Jeff Sessions had announced Tuesday morning that the Trump administration, in an anticipated move, would be ending DACA, which had begun under the Obama administration.

Under the program, eligible immigrants who were brought to the U.S. illegally as minors by their parents could receive a two-year stay on their deportation. In that time period, they could be eligible for work permits and Social Security.

The program was announced in 2012 by President Obama and implemented by the Department of Homeland Security, in the memorandum “Exercising Prosecutorial Discretion with Respect to Individuals Who Came to the United States as Children.”

Congress had several times tried and failed to pass the Development, Relief, and Education for Alien Minors Act, or a version of it, that would help young immigrants who came to the U.S. illegally before the age of 16 to lawfully remain in the U.S. and even have a path to citizenship.

The most recent version has been introduced this year by Sens. Dick Durbin (D-Ill.) and Lindsey Graham (R-S.C.) and would grant permanent legal status to more than 1 million eligible persons.

DACA was expanded to include eligible parents who brought their children illegally to the U.S. in a program called “Deferred Action for Parents of Americans and Lawful Permanent Residents.” In 2016, the Supreme Court upheld a halt on that program going into effect, and Sessions warned Tuesday that DACA could get struck down in court.

On Tuesday, the administration announced it would end DACA by phasing it out. Sessions said that it was an “unconstitutional” overreach of executive power, especially since Congress refused several times to grant such benefits to undocumented immigrants.

“In other words, the executive branch, through DACA, deliberately sought to achieve what the legislative branch specifically refused to authorize on multiple occasions,” Sessions stated.

Sessions also blamed the program for contributing to the recent surge in unaccompanied minors coming to the U.S.-Mexico border from Central America, as well as allowing undocumented immigrants to take jobs that could have been open to U.S. citizens.

Secretary of Homeland Security Elaine Duke stated that the courts would have overturned DACA, and so the administration was trying to “wind the program down in an orderly fashion that protects beneficiaries in the near-term while working with Congress to pass legislation.”

Current DACA recipients can keep their benefits, like stay of deportation and employment authorization, until they expire, the Department of Homeland Security said. For those who have applied for the program but have an “initial request pending,” or those who have requested a renewal of their DACA status, their approval will be judged by U.S. Citizenship and Immigration Services on a “case-by-case basis.”

Information of persons gathered by USCIS in DACA cases will “generally” not be shared with Immigrations and Customs Enforcement, DHS said, “unless the requester poses a risk to national security or public safety, or meets the criteria for the issuance of a Notice To Appear or a referral to ICE under the criteria.”

The bishops, in their statement, called on Congress to pass a law to protect the immigrants who would have been eligible for DACA, and promised to continue advocating for DACA youth.

“We strongly urge Congress to act and immediately resume work toward a legislative solution,” the bishops stated. “As people of faith, we say to DACA youth – regardless of your immigration status, you are children of God and welcome in the Catholic Church. The Catholic Church supports you and will advocate for you.”

Archbishop Gomez, in a separate statement, said “as a pastor” that ending DACA would result in the possible deportation of 800,000 and would be “a national tragedy and a moral challenge to every conscience.”

“It is not right to hold these young people accountable for decisions they did not make and could not make. They came to this country through no fault of their own,” he said. “Most of them are working hard to contribute to the American dream — holding down jobs, putting themselves through college, some are even serving in our nation’s armed forces.”

Bishop Michael Burbidge of Arlington said that “while the issue of immigration is complicated …  “offering special protection to those who only know the United States as home is a reasonable measure of compassion.”

The White House promised advocacy groups it would not target DACA recipients for deportation, but would instead prioritize criminals, Alfonso Aguilar, president of the Latino Partnership for Conservative Principles, told CNA. He added, however, “the guarantee that they wouldn’t be deported is gone.”

Additional hurdles and problems would be created for persons who would have been eligible for DACA, he said. “They won’t have an employment authorization document, and so many would lose their job. It would create a lot of practical problems for DACA recipients.”

There is a “window of opportunity” for a solution, he said. DACA will not end for another six months, and Congress could pass the Dream Act or similar legislation in the meantime, but Trump would have to support it to give cover for conservative members of Congress, he said.

Hundreds of protesters gathered in front of the White House Tuesday morning to protest the administration’s announcement.

Carlos, 31, of northern Virginia, told CNA he currently works two jobs to pay for his college tuition and is nine months from finishing school. Without his degree, he would not be able to pursue a nursing career, he said.

“Dreamers” are not asking for handouts, Edvin, another immigrant protesting the end of DACA, told CNA.

Fr. Kevin Thompson, OFM Cap., parochial vicar at the Shrine of the Sacred Heart in Washington, D.C., said many DACA recipients are parishioners there.

“They’re just doing so well and advancing,” he said, and are “adding to this country.”

It is vital “to keep families together,” he said. He also pointed to the Old Covenant, at which time God told the Israelites  to “treat the foreigner well, as you were once foreigners in Egypt.”

The Catholic Legal Immigration Network called the announcement a “a heartbreaking disappointment.” Jeanne Atkinson, the group’s executive director, said many young people have benefited from DACA, with 60 percent of those approved for the program contributing to their family’s finances, 45 percent in school, and 16 percent having bought a home.

“Ending DACA will break apart families, throw potentially millions into impoverished living conditions and shatter the dreams of a better life for young people who did nothing wrong,” Atkinson said.

John Garvey, president of the Catholic University of America, said ending DACA without Congress providing a sufficient legislative solution would be problematic.

“Our country’s moral quality is measured by the way we treat those who most need our assistance. DACA has given young people a shot at an education and a better life. Elimination without a more comprehensive solution means abandonment,” he said.

Watch EWTN News Nightly’s report on the end of DACA: 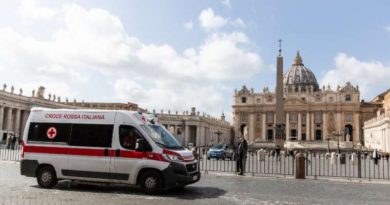 Diocese of Rome cancels all public Masses, announces day of fasting and prayer 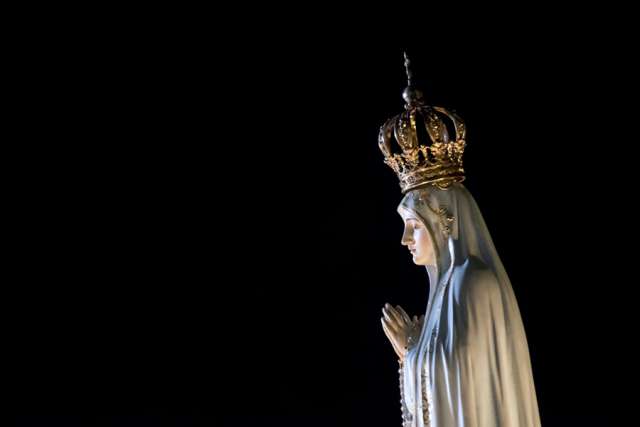 Everything you need to know about Fatima (Part 1) 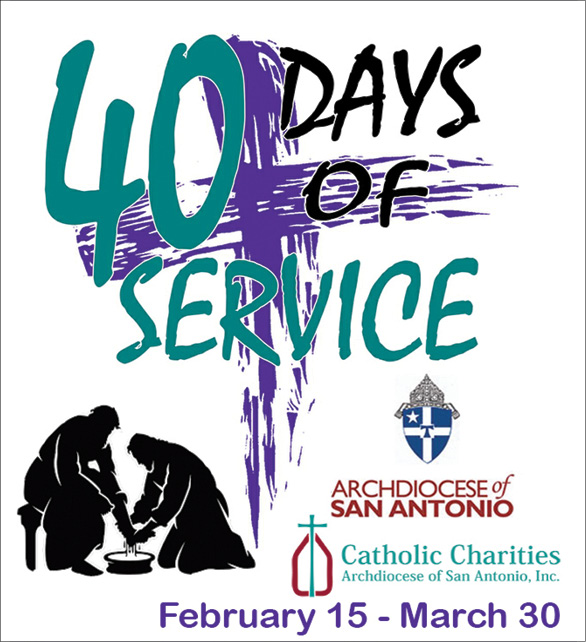