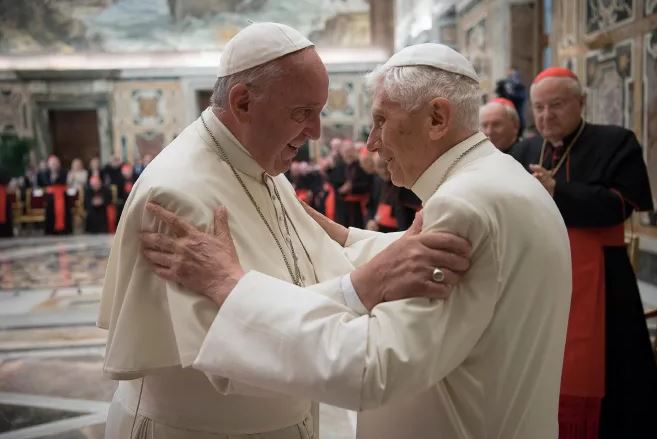 Pope emeritus Benedict XVI is praying for Pope Francis after he underwent intestinal surgery on Sunday.

Pope Francis is recovering at Rome’s Gemelli Hospital this week after undergoing an operation on Sunday evening to relieve stricture of the colon caused by diverticulitis.

The surgery, which was carried out under general anesthesia, lasted about three hours and included a hemicolectomy, which is the removal of one side of the colon.

On July 6, the spokesman said that the 84-year-old pope had “rested well during the night,” and had eaten breakfast, read some newspapers, and got up to walk during the morning.

Colonic stricture, also called stenosis, is a condition in which part of the large intestine becomes narrower than usual. It can become dangerous if it is too narrow to let food safely pass through.

Diverticulitis, a common condition that involves the formation of small bulges or sacs on the wall of the colon, can cause the stricture.

The hospital treating Pope Francis has also had other Catholic figures as patients. The Catholic hospital and medical school treated Pope John Paul II after he was shot in an assassination attempt in 1981. Mother Teresa received care from the hospital’s cardiology department in 1992.

Last week, Pope Francis thanked the 94-year-old Benedict XVI for his continual prayer for the Church in his retirement, calling the pope emeritus “the contemplative of the Vatican.”

The pope spoke on the Solemnity of Sts. Peter and Paul, the 70th anniversary of Benedict XVI’s ordination to the priesthood.

“To you, Benedict, dear father and brother, goes our affection, our gratitude, and our closeness,” he said.

Noting that Benedict XVI lives in the Mater Ecclesiae Monastery in Vatican City, Francis said that “he is now the contemplative of the Vatican, who spends his life praying for the Church and for the diocese of Rome, of which he is bishop emeritus.” 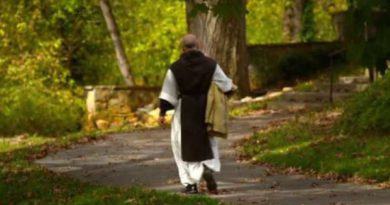 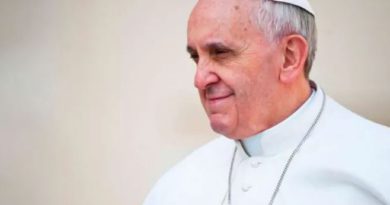 Pope Francis grateful for prayers as he recovers from intestinal surgery