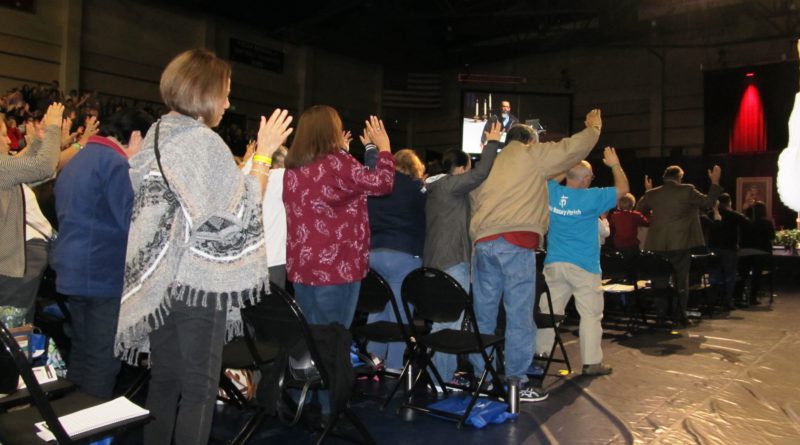 SAN ANTONIO • Assembly 2018 drew 2,100 of the faithful from throughout the Archdiocese of San Antonio to St. Mary’s University on Nov. 3, gathered for the purpose of “Building a Catholic Culture of Encounter” under the leadership of Archbishop Gustavo García-Siller, MSpS.
Prior to celebrating Mass that morning in Greehey Arena, the archbishop reminded those present to be mindful of the gift of God in their midst and remember those not able to be physically present with them. “May everyone,” he said, “find a place in this liturgy,” Assisting him in celebrating the Mass were Auxiliary Bishop Michael Boulette, Father James Fischler, CICM, and priests from throughout the archdiocese, who filled a large section of bleachers.

In his homily, Archbishop Gustavo, spoke of the assembly as an opportunity to celebrate and recommit to the kingdom of God, “where there is justice for everyone without exception, mercy and compassion, harmony and unity, reconciliation and healing, love and peace.” He noted we build the kingdom through encounter, dialogue and inclusion, although it is a difficult time for our nation, the church and the world, with an absence of the kingdom surrounding us.

Bemoaning the “injustices, violence, pride, arrogance and blatant lying that lead to alienation, divisiveness and polarization,” he stated firmly, “This is unacceptable to missionary disciples of Jesus.” He observed that when the Holy Family traveled from Galilee to Jerusalem, they traveled in caravans, not only for mutual protection, but to show solidarity as a people of God. In the same vein, he noted the Gospel showed Jesus reminding us not to act as if we were better than others or to exclude anyone from God’s table.

Hospitality is at the heart of Christian life, he said, and the recent Synod of Bishops expressed concern for women “having a place at the table” and that sexual orientation or refugee status should not cause anyone to be excluded there as well. “As missionary disciples,” he said, “we are to encounter others as they are, not as we think they should be.” This same mercy, welcome and compassion also applies to communities such as families, parishes, religious congregations or orders.

Archbishop Gustavo remarked a founder of his order, Conchita (Concepción Cabrera de Armida) who will be beatified May 4, 2019, was aware of the value of Christian encounter.
Praying to Our Lord, she experienced his telling her, “May they look for you — and then find me.” This is the challenge for the archdiocese, said the archbishop. “May people look for us wherever we are at, wherever we go, whatever we do, so that they may find him, the Savior, the Lord, the God of love and mercy.”

At conclusion of Mass, Father Jonathan Felux, vocation director and director of seminarians for the archdiocese, stepped forward, having been asked by Archbishop Gustavo to request that all pray for vocations during National Vocation Awareness Week, which began that evening.

“Remember that everybody is made by God for a purpose,” he said, “and many, many of us are called to be priests, religious sisters, religious brothers, to serve the church.”

Asking all sisters present to stand, they were greeted with applause, after which he invited all young women who had ever felt such a calling to come forward. They, too, were cheered and applauded. He then asked all priests to stand, which elicited more applause, and called forth any young men who had ever experienced a calling to follow the Lord as a priest or religious brother to come forward and they were heartily applauded, as were the seminarians present, who were also asked to also approach the altar.

In closing, the archbishop related we are in difficult times, but not without hope. Despite the challenges facing us, including the failures of many priests and bishops, God does not want to abandon his people and wants to serve us. “The Lord wants brave women and men,” he said, “to dedicate their lives for his glory in the service of God’s people.”

Promising to pray for those before him, that they would respond to their call with generosity, he added, “So many people will look for you and they will find him.”
“Encountering Christ, united as church, sent by the Spirit in a culture fostering a culture of encuentro, encounter,” he said, “may God be with you and may many more come to serve the Lord and his people tomorrow and after tomorrow, starting with you.”
Assistance from the Annual Archbishop’s Appeal helped fund Assembly 2018. 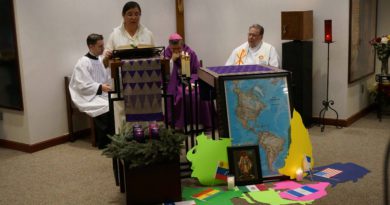 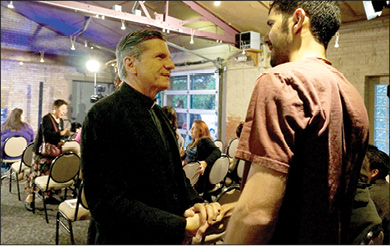 May we be a people of unity message of archbishop 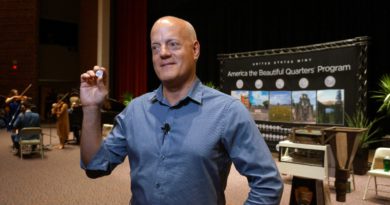