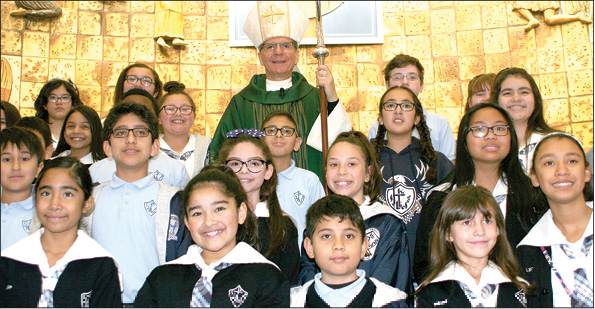 That was the message shouted by more than 700 fifth grade students from 30 schools across the archdiocese as they gathered for their annual Mass with Archbishop Gustavo García-Siller, MSpS, at St. Rose of Lima Church Feb. 13.

It was a phrase repeated early and often by the archbishop at the liturgy, which began with a colorful banner procession and featured music from a combined choir with students from 10 schools.
In his homily, Archbishop Gustavo told the fifth graders that they are growing more in the Lord and in life. “You know things now that you didn’t know before. You are being trusted with more responsibilities and more important things!” he exclaimed. “We are so proud of you, and we are especially proud of you for expressing your love of others and your faith. You know that prayer and faith are important.”

The archbishop told the youth that he trusted them to be good witnesses to the faith, good daughters and sons of God, and good brothers and sisters, showing the love of God to the world.
Referring to the readings for the day, he said the church was relaying some big concepts. “Are you ready to learn something very important to our life of faith?” he asked. “Jesus gives a challenge to the disciples in Mark’s Gospel. He gives that same challenge to all of us, and to each of you. He says: ‘Guard against the leaven of the Pharisees and the leaven of Herod.’”
The Missionary of the Holy Spirit smiled and looked out over the congregation. “That’s a pretty weird phrase, isn’t it?” he acknowledged. The “leaven of the Pharisees.” “What does that mean?” he then quizzed. The prelate responded, “It has to do with what the Pharisees were doing in those days. They were people who knew the Bible very well. They knew the words to say, and they were very good at acting holy. However, Archbishop Gustavo explained, they would tear others down all the time. They would judge people unfairly. They would call people out instead of trying to love them. They would cause divisions in the world. “This is what Jesus was talking about,” he added. “He was warning his disciples not to be those kinds of people.”

The archbishop lamented that there are a lot of people who know a lot of things about God and about the faith, but they do not live like people of love, with no love and care for others. “Have you seen people like this?” he questioned. “They are always mad or annoyed. They do not have any peace in their hearts. Jesus is telling us to be better than this.”

Archbishop Gustavo stressed to the students to never let go of their love for others. “There are many things in life that make us scared or worried. A lot of times we will feel annoyed with other people. But we are Christians! We are people who have faith!” he emphasized. “God will always be there for us, so we do not have to be afraid. Don’t let yourselves be people who hurt others with anger and judgement. Be people who look out for those who are hurting. Be people who are willing to hear the other person’s side before making up your mind about them.”

Reminding the youth that Lent was beginning, the archbishop told the students it was time to get to work at the important things in faith. He gave the example of Pope Francis, who stated: “When I see a bad thing in someone — do I go defend him? Go pray and defend him before the Father as Jesus does. Pray for him, but do not judge!”

“We can help people more by loving them than by acting like the Pharisees,” concluded Archbishop Gustavo. “You can be people of love.”

Prior to the conclusion of Mass, Superintendent of Catholic School Marti West expressed her gratitude to the principals in attendance for their ministry in Catholic education. 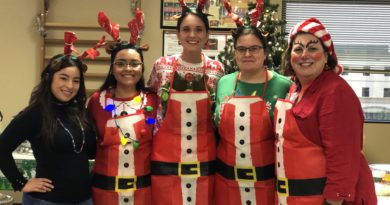 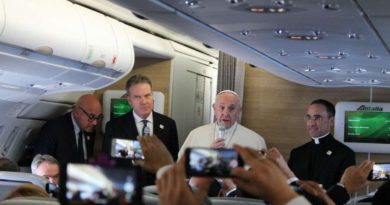